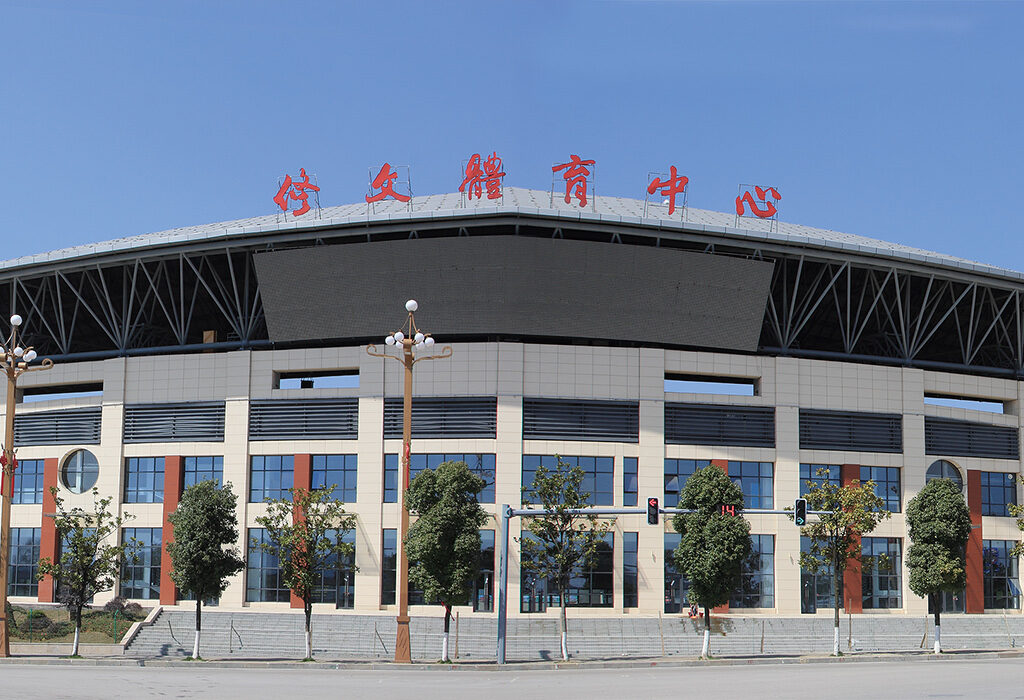 As the first public stadium in Xiuwen County, Xiuwen Stadium has effectively improved the status quo of the serious lagging of sports facilities in Xiuwen County, and provided a strong impetus for the development of Xiuwen Sports. Xiuwen Sports Center does not blindly pursue the comprehensiveness of its functions and uniqueness of its shape, instead, its design centers around practical functions. The project adopts an open architectural form, abandoning the dull and bulky design of many traditional stadiums. It harmonizes the auditorium and the building’s façade, forming an open platform closely connected with the spectators stand. The main body of the sports center is a three-story steel structure frame. Its oval nest shaped structure makes the overall architectural design style modern and concise,Thus adding a sense of luxury. 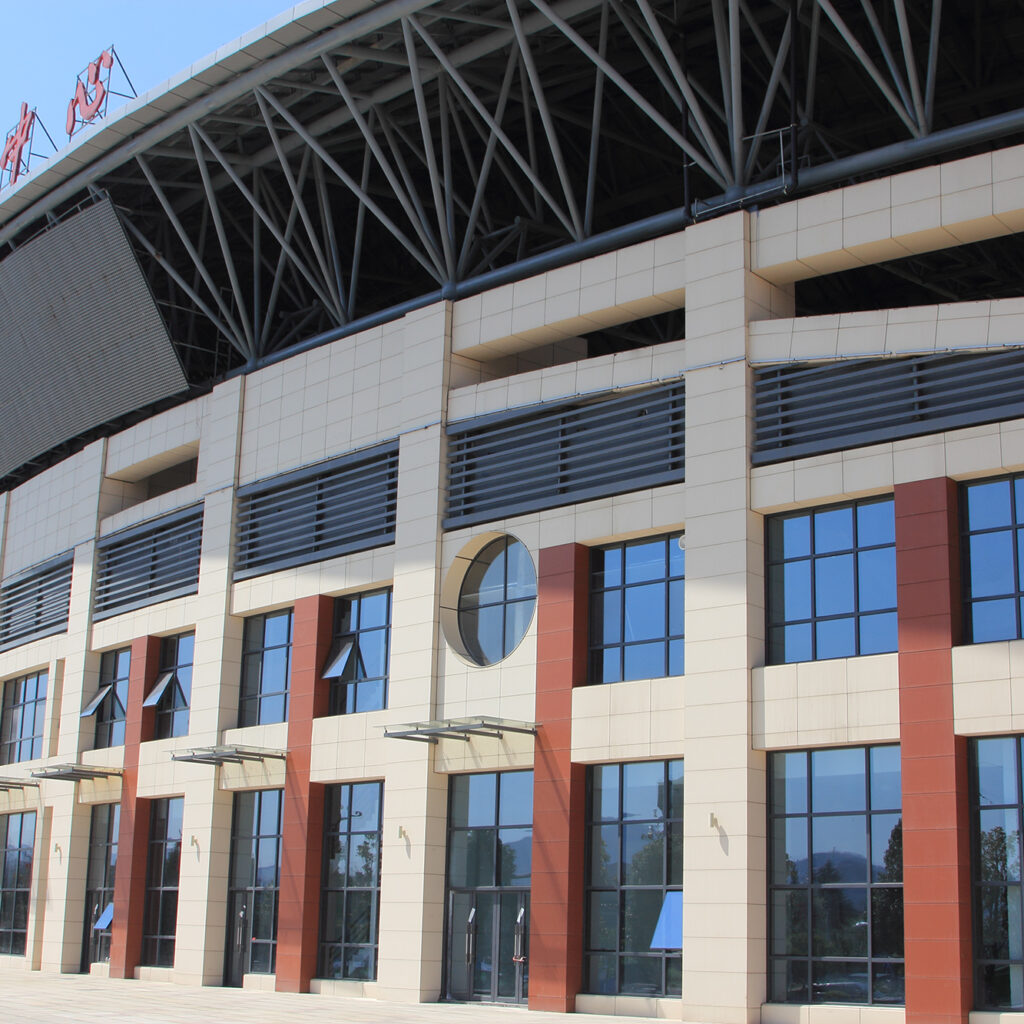 The roof of the stadium is made of gray profiled steel, and the overall tone is mainly composed of gray and white. The interior and exterior facades mainly use milky white ceramic plates as wall decoration materials, and use red engobe terracotta to decorate some parts of the exterior walls, which adds vitality to the overall building and increases the visual impact. 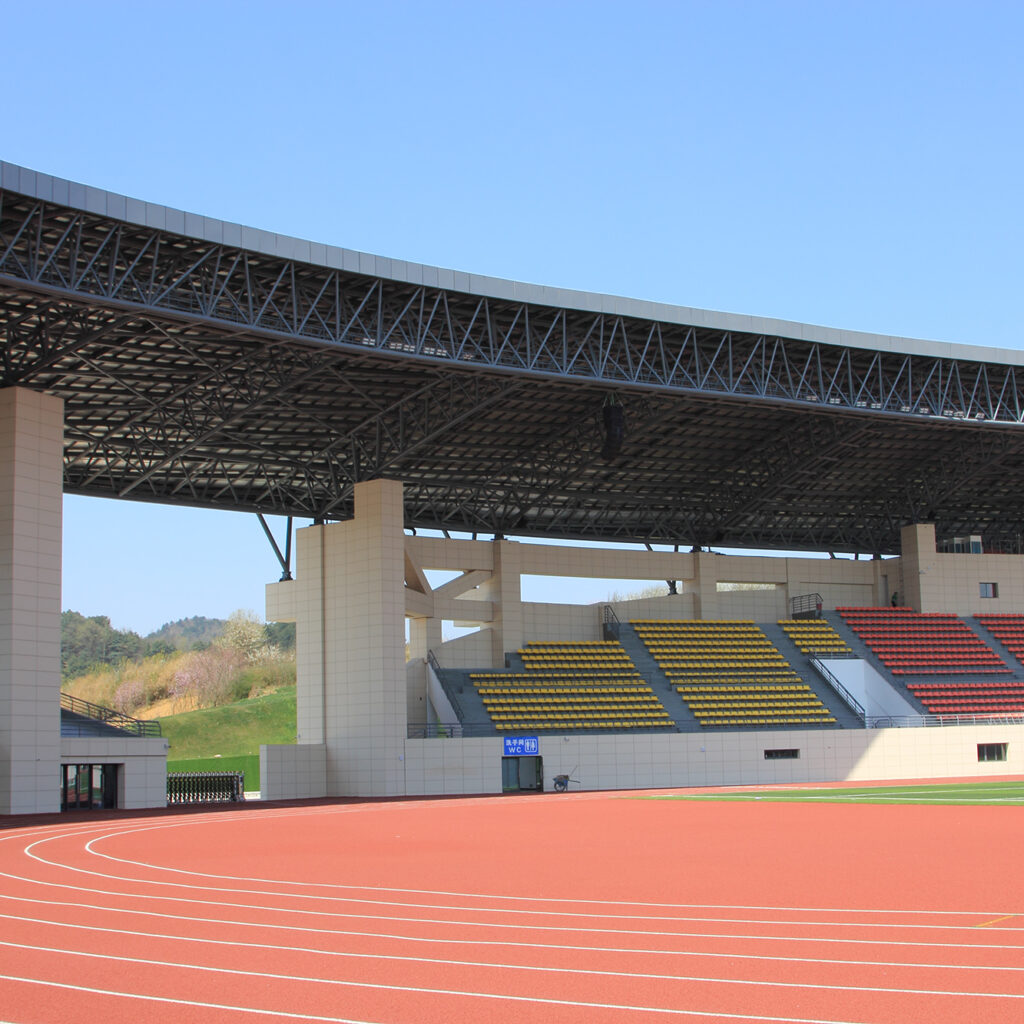 The terracotta panel has stable technical performance, strong impact resistance, high temperature resistance, strong frost resistance, good flame retardancy, and safe fire protection. In an open space like Xiuwen Stadium, choosing LOPO Rainscreen facade panel curtain wall system as the facade material of the stadium can provide good thermal insulation for the wall structure of the stadium building. The ventilation structure behind the terracotta panel can effectively reduce the impact of rain and snow on the building. Adversely, it can effectively extend the service life of the stadium. 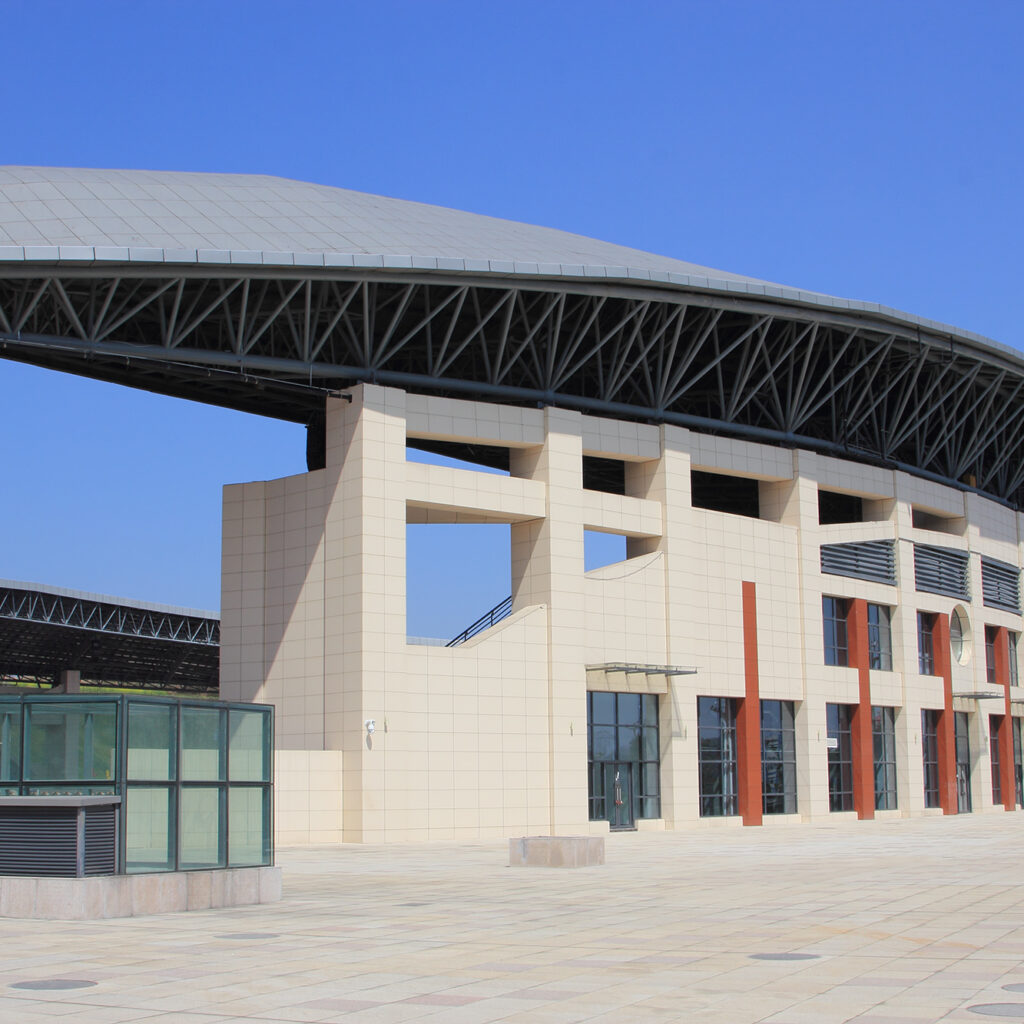 For a closed gymnasium, the terracotta facade panel curtain wall system can provide heat insulation, reducing the energy consumption of the building and improving the comfort of the indoor environment. Modern gymnasiums usually use a variety of metal materials to build the facade to meet various novel facade modeling needs. At the same time, according to the requirements of the project’s building facade structure, the terracotta panel veneer and support system can also be customized to meet the more complex requirements of stadium building modeling. 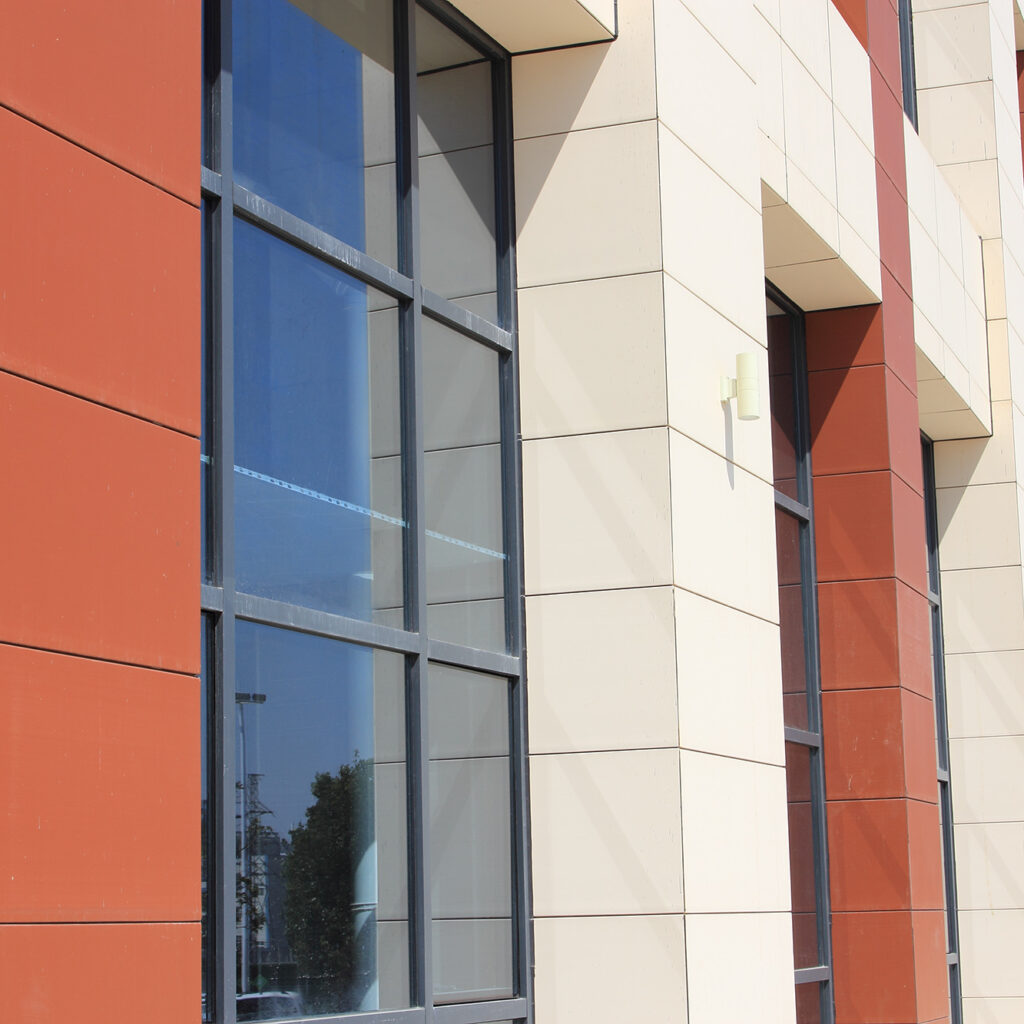