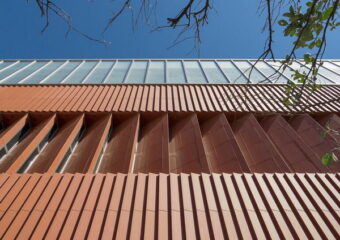 Architectural Terracotta Panel Project – The narrow and triangular triangles of the two urban roads at a 70 degree angle define the site of the project. 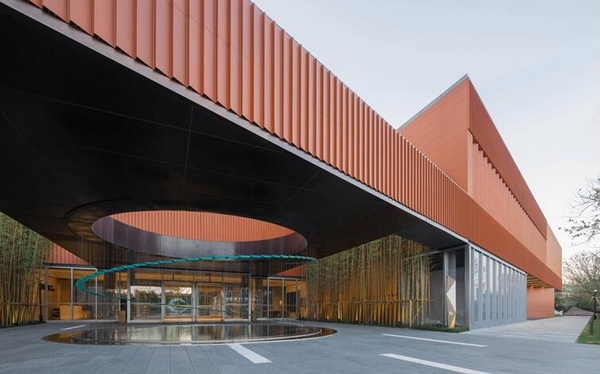 Shanghai Vanke Community Center is located in Baoshan District, Shanghai. The narrow and triangular triangles of the two urban roads at a 70 degree angle define the site of the project. The functions include urban exhibition halls and community community facilities. At the city level, we think about how to make the building fully effective: 1. Fit the site. 2. Form a community entrance and an important urban image interface. 3, guide the flow of people. 4, create more Functional organization and spatial sequence. 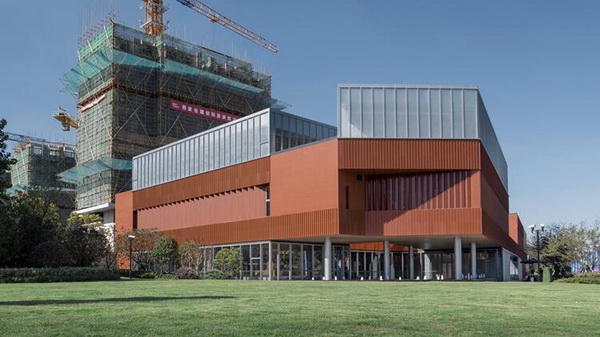 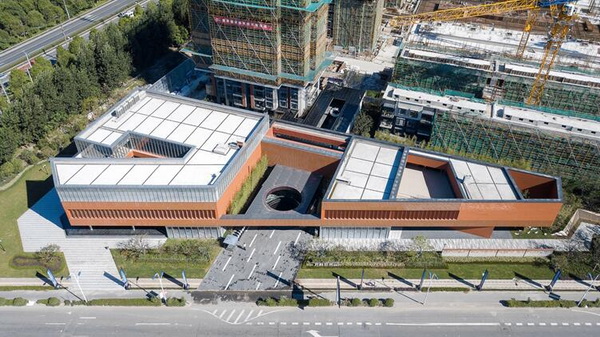 The foyer combines the entrance of the entire community and divides the space into two parts. The west side houses most of the community service functions and the city exhibition hall, while the east side is the management office and the elderly activity center. 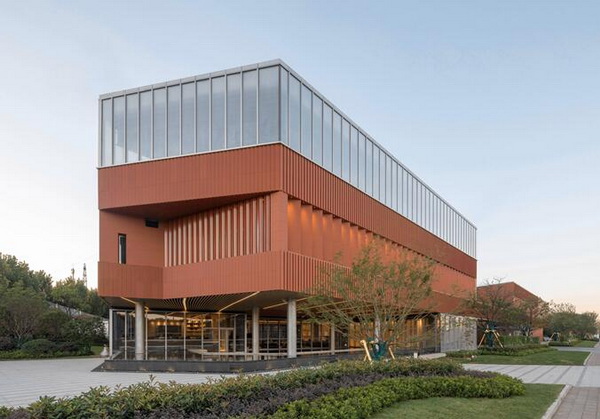 At the same time, in the front area of the entrance, a complete spatial sequence is formed by the landscape installation designed integrally with the canopy and the weather corridor in the rear area. The west side function is arranged around a courtyard, introducing natural light and landscape, and combined with a gray space at the corner to provide a healthy and comfortable environment. The community canteen is arranged in a relatively independent area on the east side of the first floor, which is convenient to use at the same time.

The design of the foyer introduces the skylight, creating a sundial effect. The design of the sloping roof defines the upward direction of the space, enhancing the natural sense of the sky and the sense of the ceremony. Outdoors, here is the corridor on both sides of the building, the opening formed by the roof and the corridor, pointing to the sky, forming a logically similar but different spatial experience with the interior space. 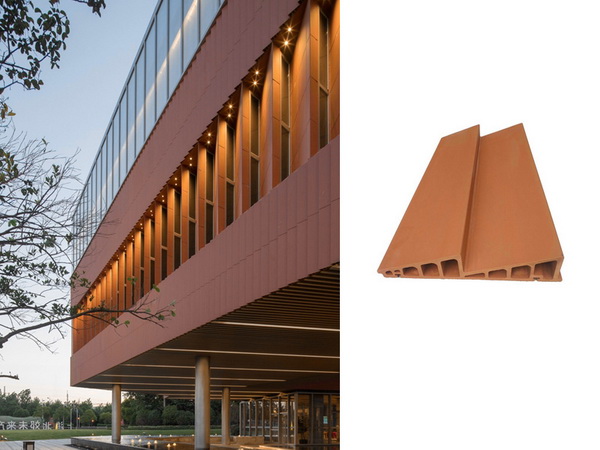 Folding windows on the facade of the building create a unique rhythm while also creating interesting light and shadow effects in the interior.

Because the building is located at an important node in the urban space, we provide a number of open spaces in the design for people to rest, stay and activities. Located at the corner of the city, we opened up the bottom space, designing pools and event venues to enhance the vibrancy and participation of the entire venue. The gray space at the main entrance is more representative of the community’s sense of ritual. At the eastern end, we designed a small courtyard that was framing the sky through the wall to meet the garden. 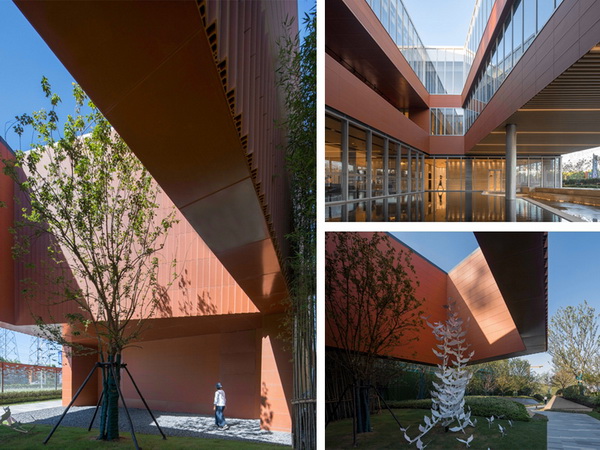 The main façade of the building is a combination of orange color flat ceramic plates and triangular terracotta louvers. At the same time, the folding window is used in the window opening position to form a strong overall and clear volume on the façade, and in the skylight environment. Has a strong sense of rhythm. Bright colors will also be a vital element of the community. The three-story community school uses a full glass façade that not only brings plenty of sunlight to the interior, but also serves as a special element of the entire space, in contrast to the orange Architectural Terracotta Panel.

For such a typical community-based public building, we hope to create an organic connection between cities, communities and people through a clear and concise design logic, and make it a characteristic urban public space and place. 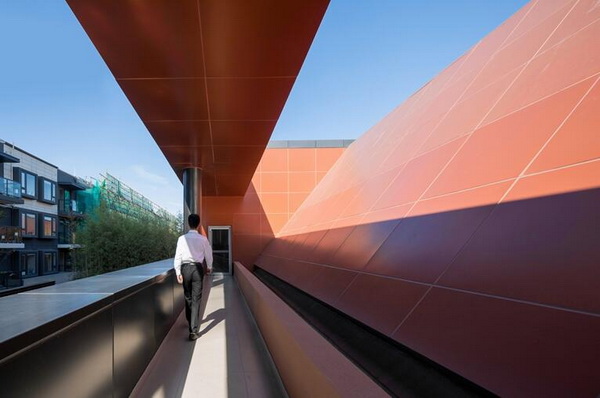