Hankou Bank is a modern commercial bank with a history of 22 years. Its business presence covers Hubei Province and Chongqing. It stands out for its distinctive and featured services, such as Fin-tech, neighborhood finance, and internet finance. The construction of the archives center aims to satisfy the bank’s needs for archives storage in the next 3 to 5 decades. It enhances the productivity and accuracy of work by putting place an entire process of archives collection, archiving, storage, retrieval, destruction with a systematic management approach. 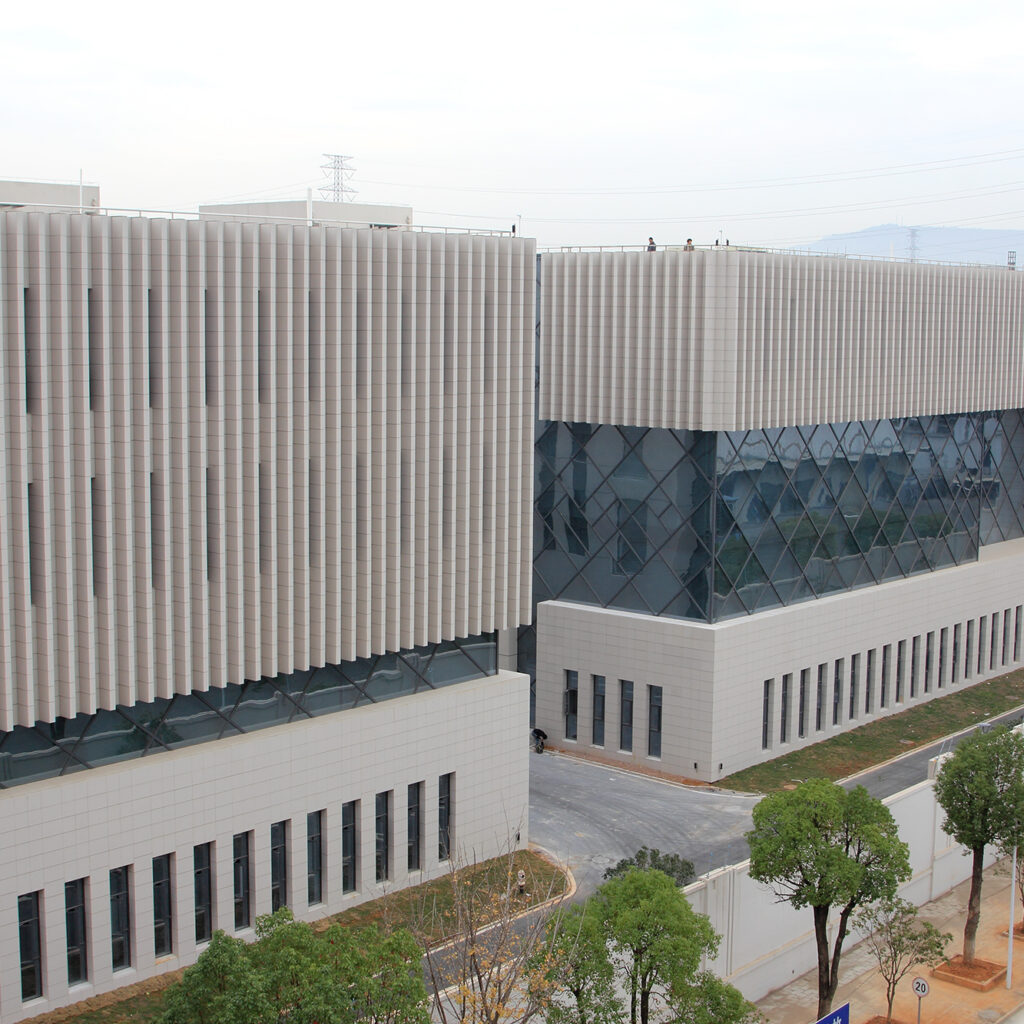 The archives center is designed and constructed in accordance with the first-class standards of domestic commercial banks, and introduces the architectural concept of sponge city. It features forward-looking characteristics, namely, systematic layout, proper zoning with different functions, energy-saving operation, and artistic appearance. The archive center covers a construction area of approximately 30,419.09 square meters and is 4 stories high. It consists of four warehouses and an ancillary building. Each archive area is independently built, self-contained, and framed. The center has putted into use December 2019. 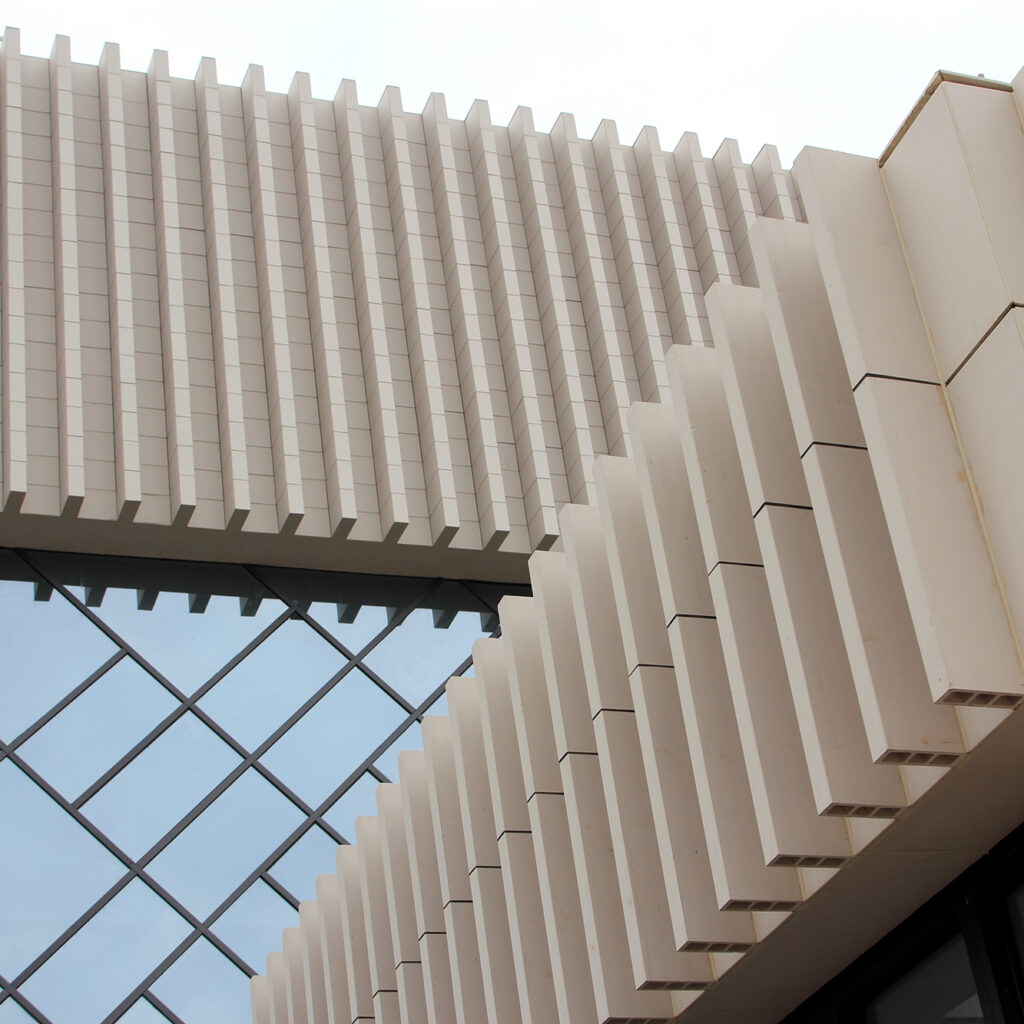 The shape of HKB archive center resembles a square box. The main façade is decorated with creamy white terracotta facade rainscreen, and the overall style is simple yet grand. The facade is geometrically divided into two parts, and the lower facade is natural terracotta facade tile. The upper part of the facade was designed with some vertically corrugated textures, mimicking neatly stacked archive files. It echoes the design purpose of the building. The Terracotta Panels of the upper facade was cut into fine elongated strips in advance at the LOPO China’s plant. In addition, a 45-degree miter cutting was applied at the edges of the tiles so as to form vertically parallel lines. 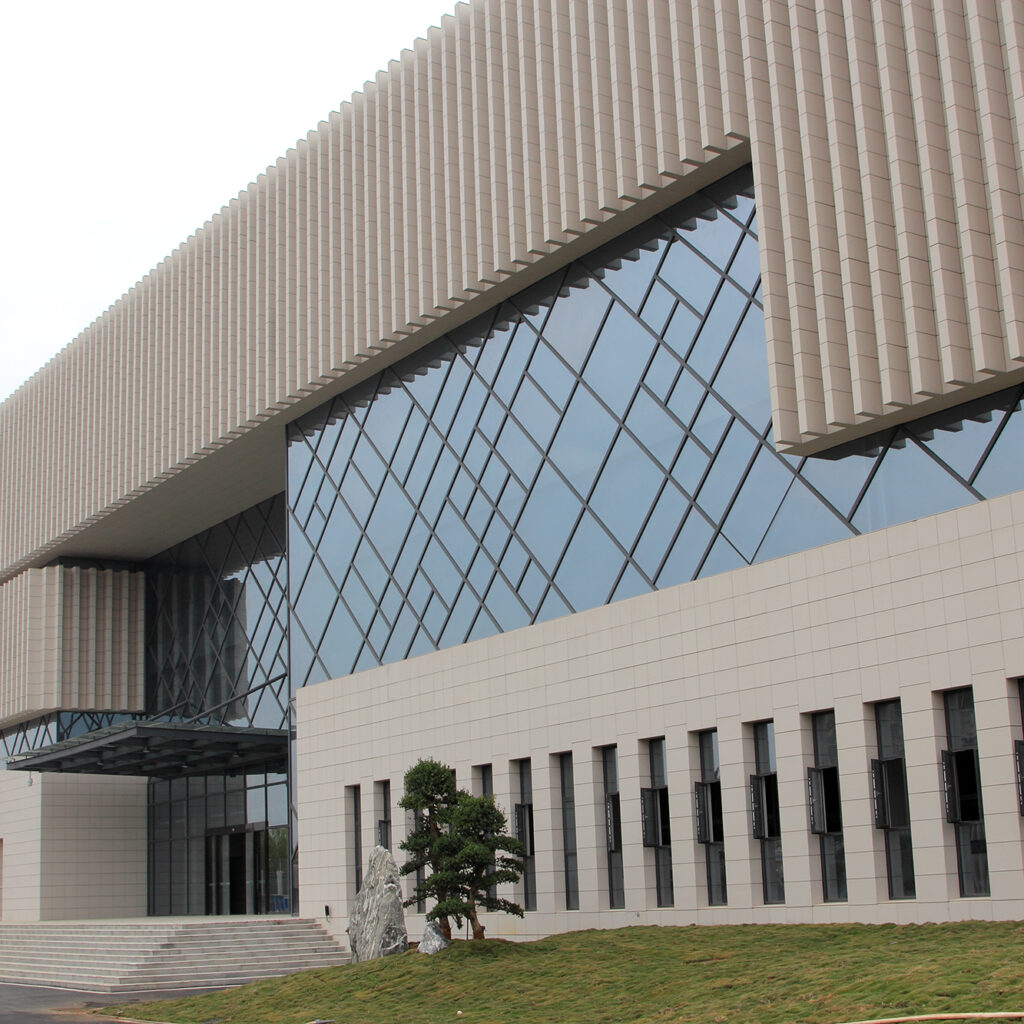 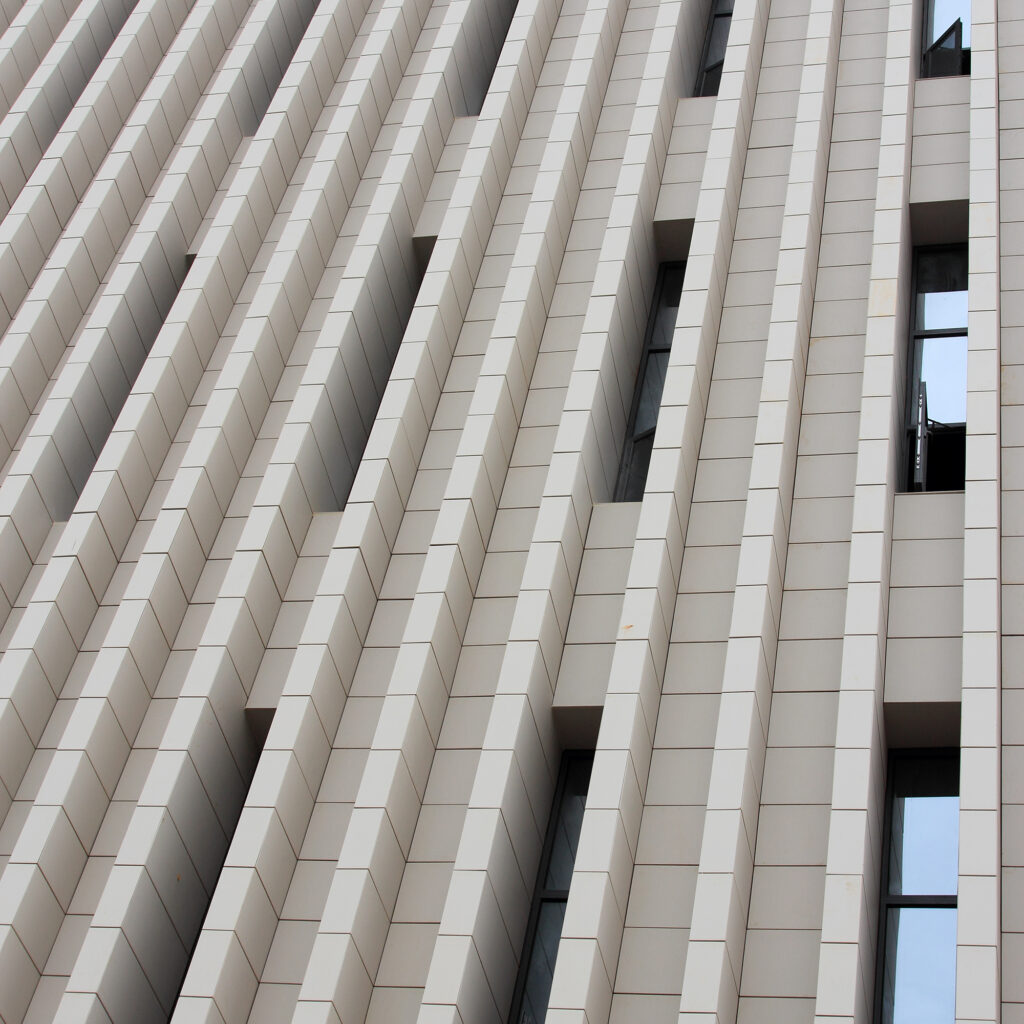