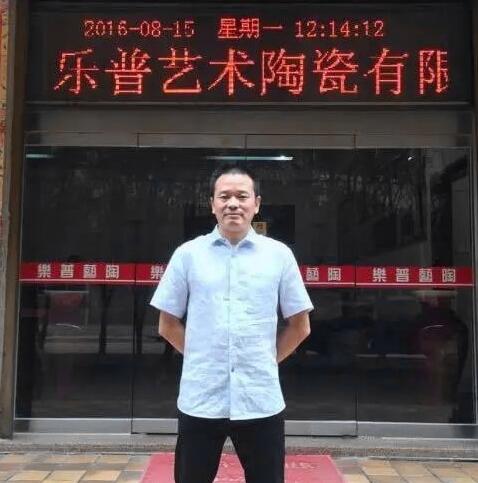 LOPO Terracotta panel factory is currently the largest industry giant in China, integrating terracotta panels and baguettes production, production and sales. It has international and domestic advanced terracotta panel production capacity and high-quality research and development team. The company adopts the most advanced ceramics technology in China and even the world, introduced European advanced technology and equipment, and optimizes according to local conditions. The energy consumption indicators of production equipment and products have reached world-class standards. The company covers an area of 235000 m2, with a registered capital of 12 million USD and a total investment of more than 50 million USD. 2 production lines of with a daily output of over 2,700 m2. 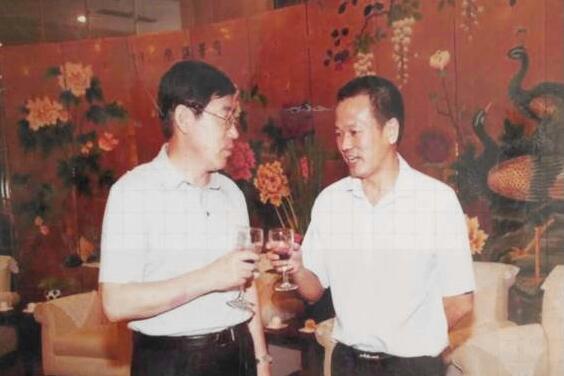 Born in December 1968, Peng Xinghua was born in Xiangxiang, Hunan Province. In 1992, he graduated from the Engineering Department of Jingdezhen Ceramic Institute, obtained a bachelor’s degree in silicate engineering . After graduation, he was assigned as the chief technical engineer of Nanzhu Ceramics Factory in Nanbian Town, Sanshui, Guangdong Province. In 1993, he worked in ceramic technology at Nanying Ceramics Factory in Fujian Province. These work experiences have given him enough time and opportunity to dive into research. In 1996, he developed and built a professional firing kiln for ceramic production. In just six years, Peng Xinghua has built more than 200 ceramic kilns in Fujian, Guangdong, Shandong, Liaoning, Yunnan and other places, of which the market share in the kiln market in Fujian once reached 70%. In 2000, Peng Xinghua’s kiln was successfully exported to Taiwan, Indonesia and other countries and regions. This is the first time that China exported its kiln to other countries, filling the gap in China’s exports and rewriting the history of China’s kiln equipment that can only be imported from Germany and Japan. From 1996 to 2002, Peng Xinghua successively designed and produced more than 200 roller kiln for ceramic production, which was recognized by many ceramic enterprises, and accumulated a large number of contacts and resources for his own entrepreneurship in the future.

In May 2002, Peng Xinghua established LOPO Clay Brick Tile Factory, of which the main  products are clay brick tiles, and served as the chairman of the factory. In 2003, due to the SARS, the products were slow-moving and experienced a crisis of bankruptcy. After this, Peng Xinghua seems to be more and more frustrated.

Peng Xinghua personally led the technical team to fully grasp the development of ceramic plates and product quality, and the rich experience has laid a solid product technology foundation for the company’s terracotta panels manufacturing. Today, LOPO has won the honors of “Famous Trademark of Fujian Province” and “Famous Trademark of Quanzhou City” and has been awarded “Civilized Unit”, “Star Enterprise” and “Contract-honoring and Credit-keeping Unit” for many times. 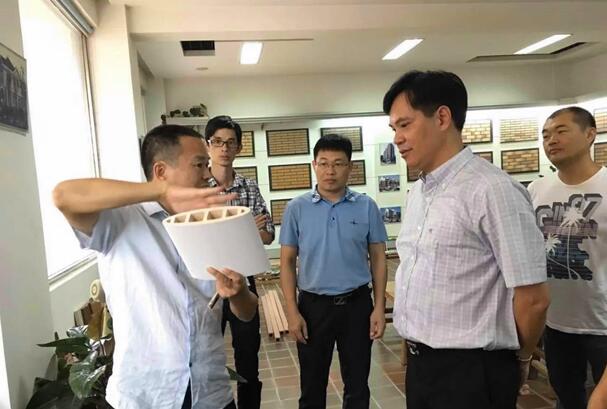 In the charity cause, Peng Xinghua has spared no effort. He successively funded Tangshang Primary School, Guanqiao Wuxing Middle School, and Shangshang Village Senior Citizens Association. In the Wenchuan Earthquake in Sichuan, he took the lead in donating money and organizing employees to offer love. In 2008, Peng Xinghua donated 100,000 yuan to the Jingdezhen Ceramic Institute Education Foundation in order to help the poor students to complete their studies. In 2016, a serious flood disaster occurred in Liye Town, Longshan County, Hunan Province. Peng Xinghua led all members of the Hunan Chamber of Commerce in Quanzhou to donate money and materials to the people in the disaster area and actively participated in the rescue of the people in the disaster area. Today, Peng Xinghua has donated more than one million to various public welfare undertakings.